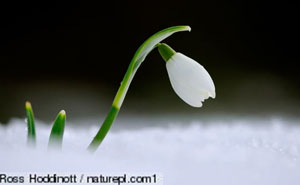 First Steps on the Journey

How SnowFlower Sangha began is discussed in Thich Nhat Hanh’s Friends on the Path, a book that is actually a compilation of essays as edited by Jack Lawlor.  In one such essay, longtime SnowFlower member David Lawrence discusses the events that led to our sangha’s formation—it was not always an easy birth—and the early years that followed.

He writes that in the early 1990s, after becoming interested in Buddhism, he began practicing with a Madison-area sangha, which he describes as a “university group,” of largely Chinese students from Taiwan.  It was here he met people who had embraced the teachings of Thich Nhat Hanh:

There was a couple from Europe who had begun attending the Sangha a few months before I did. After some time, my relationship with them deepened. They were sincere and very full of love. Their lives were very pure and integrated into their practice. During my times of self-doubt and confusion, they became my first “bell of mindfulness.” They had attended the 1989 retreat with Thich Nhat Hanh in Illinois. Thay’s writings and teachings touched them in a profound way and planted many positive seeds for all of us in the sitting group.

Thich Nhat Hanh returned to the Midwest in 1991 for a three-day mindfulness retreat in Mundelein, Illinois, sponsored by Lakeside Buddha Sangha in Evanston. Many of the Madison university sitting group attended, and we were joined by over three hundred other people from across the upper Midwest. Because the retreat was mostly in silence, the atmosphere was especially powerful. Thay’s words seemed to confirm many deep understandings inside me, although I had never heard them in words before. It was the first time that I understood the deeper meaning of the mindfulness trainings and how they related to my meditation practice and daily life. It was extraordinary to be in Thay’s presence. The teachings came alive just watching him. His message to us was loving and compassionate and at the same time a very forceful plea to practice mindful breathing, living, and smiling in order to transform our seeds of suffering. I was profoundly affected and felt enormous gratitude for Thich Nhat Hanh and the teachings.

[learn_more caption=”Click here to read more”]Each day of the retreat we were able to meet together in small discussion groups. We talked honestly about the issues of practice in our lives. Many people told stories of how stuck they felt and how their habit energies kept them from feeling joy and peace. During these discussions, the practice took on a new meaning for me. I understood that I had the opportunity to return to the present moment with each breath. I could stop my endless conversations with myself and live with more ease. The group members shared the feeling of being renewed and were hopeful about their return home with this new energy. We knew that while living in mindfulness and overcoming our tendencies was difficult, having the support of fellow practitioners would be of great benefit. On the last day of the retreat, Sangha groups were organized according to geographic locations. Many in the Madison area met together and discussed ways to organize a Sangha. We all wanted each other for support and to be together to share our experiences of practice.

Because of the goodwill that we had for each other at the retreat and the love that we shared, I thought that this organizational process would be easy once we returned home. Our initial Sangha-building discussions, however, revealed that people had very strong feelings about the structure and form of the meeting and how their individual needs would be met. Issues around meeting place, date, time, emotional safety during Dharma discussions, and the form of the practice were articulated. Many of the Sangha members were coming from different traditions and felt that we needed an “open way Sangha” in which these different traditions could be expressed. Most of us didn’t have the skills or experience to listen deeply. It was amazing how people’s personal agendas could get in the way of the benefits of love and understanding. It was surprising to me that the form became the issue, not the practice. I felt that because Thay’s teachings were so inclusive, through the process of growing together in mindfulness and Dharma discussion, there would be time and space for all expressions.

After some months of open dialogue, we found that it was impossible to come to consensus. It was decided that three separate Sanghas would be formed so that people’s individual needs could be met. It was disappointing to me because I felt like I was losing members of my new family. It was then that the Snowflower Buddha Sangha was born. The basis of our practice would be the form used in Plum Village, Thich Nhat Hanh’s monastic community in the south of France.

Over the last ten years, the Sangha has continued to grow. The commitment and energy of our practice has created an atmosphere of trust and open communication. The people who attend know that they come to a group that is safe and nonjudgmental. There is inclusiveness and acceptance of our individual differences. We’re all learning to let go and trust the process of building community. I am so profoundly affected by the insights people share during Dharma discussions. Listening deeply to what people say often opens my heart to my stuck places.

A recent issue of the Mindfulness Bell featured inclusiveness as its theme. Barbara Casey wrote:

When these differences come up, we sit down together with an open, mindful intention to practice deep listening, to hear and understand the perceptions of the other. Though we may continue to hold different opinions, this sharing allows enough space for each of us to glimpse into the roots of the other’s view and to feel the love and sincerity in the intentions of our brothers and sisters. . . As we practice mindfulness together the love grows in the midst of the suffering, and we find the courage and tenacity to grow a strong Sangha, a Sangha with the potential to love without limits.42

There have been periods when it hasn’t been easy to maintain the energy of the Sangha. During these difficult times, I am learning to let go of my sense of being right and to simply stop and listen. We all go through periods of doubt, judgment, and thinking our way is best. The practice of stopping reenergizes me, and I’m able once again to see the wonderful space and beauty around other people’s practice. This has been deeply nourishing in my life.

During Thay’s retreats in 1989 and 1991, practitioners in northern Illinois and Wisconsin developed feelings of trust and friendship. Some of us talked about the possibilities of practicing together. Our aspiration was that individual Sanghas could support each other by having combined Days of Mindfulness and retreats. With the kindness and support of Dharma teacher Jack Lawlor, Sanghas from Madison, Evanston, and DeKalb began the tradition of hosting joint gatherings.  For the past ten years, we have since enjoyed an annual cycle of at least four regional Days of Mindfulness and weekend retreats. I am astonished by the amount of loving attention and care that is devoted to hosting these events by each Sangha as they take their turn each year. Prairie Buddha Sangha, which hosts our winter Day of Mindfulness on the frozen banks of the Fox River, even provides retreatants with additional socks! Each fall, we hold a weekend retreat in Wisconsin, and each spring we hold a weekend retreat in Illinois. In recent years, the cycle of Midwestern regional events has grown to include annual retreats and Days of Mindfulness in Milwaukee, central Michigan, and southern Indiana. Sangha members will often travel for more than four hours and return home late in the evening. The benefits include a day of walking and sitting, a Dharma talk by Jack, and the pleasure of one another’s participation in small group discussions, all enveloped by a larger atmosphere of mindfulness and silence.

It is now eleven years since my first retreat with Thich Nhat Hanh. As I reflect, I see clearly how important and deeply rooted my relationship is with my root Sangha and my extended Sangha. My life is centered around my practice, and the Sangha is my practice. My community goes beyond my spiritual friendships and the support and protection I receive. The community keeps extending as my practice grows and becomes more solid. The practice helps me shine mindfulness on all the manifestations of my daily life. Seeing my own joy and suffering helps me to have more compassion and love for others and for myself. I have great appreciation and gratitude for all my teachers, family, and friends, who enrich and support my life. I bow to the Three Jewels— the Buddha, Dharma, and Sangha— and to the Venerable Thich Nhat Hanh.

An Excerpt From David Lawrence, “The Ever-Expanding Nature of Sangha Practice,” Reprinted from Thich Nhat Hanh, Friends On The Path, ed. Jack Lawlor at pp. 124-28 (Parallax Press 2002) with permission of Mr. Lawrence.[/learn_more]