is a community that practices mindfulness and meditation in the tradition of Plum Village and Zen Master Thich Nhat Hanh since 1991. 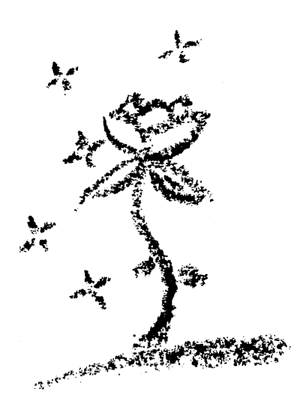 SnowFlower offers a welcoming and supportive community for ALL who are interested in practicing understanding and compassion. We hope you will find a safe and welcoming home for your mindfulness practice at SnowFlower.
Click here to read about Who We Are.

It is by taking good care of your breath, of your body, of your feelings, that you can build a good community.

Statement by SnowFlower Sangha on Racial Injustice (see update below)

As a sangha practicing in the tradition of Thich Nhat Hanh, SnowFlower Sangha mourns the murders of George Floyd, Breonna Taylor, Ahmaud Arbery and countless other victims of the confluence of racism and violence. We stand with millions of others to say Black Lives Matter.

We are sharing this gatha (mindfulness verse) from the ARISE Sangha (Awakening through Race, Intersectionality, and Social Equity), a sangha which follows the guidance of Venerable Thich Nhat Hanh and Martin Luther King, Jr. We encourage our members to practice with it individually and as a sangha.

Update on Statement by SnowFlower Sangha on Racial Injustice

For many SnowFlower members, Thich Nhat Hanh’s Engaged Buddhism is what drew them to this sangha. Aware of the disproportionate number of people of color in Wisconsin prisons, for over a decade SnowFlower members have regularly visited prisons to teach mindfulness and witness incarceration with the prison’s prisoners. Others are members of Circles of Support through JustDane (formerly Madison-area Urban Ministry or MUM), which provide weekly support and structured encouragement to a formerly incarcerated individual. And others have been involved in immigration issues, helping to found a multicultural outreach center for immigrant workers in southwest Wisconsin.

In response to the police murders of George Floyd, Brianna Taylor and too many others, as a majority White sangha whose members are also Black, Indigenous and Asian, we have paused to reflect on our patterns, biases and understandings.

Thich Nhat Hanh borrows a powerful phrase from Rinzai Zen founder, Linji: “Are you sure?” in asking, “This is what you think, but is it true?” We recognize that now is an important time to stay with this question. In our first summer cycle, many dharma talks and discussions addressed racism and unconscious bias. In September and October several of us have joined Called Forward: A 5-Week Anti-Racist Study Group, facilitated by SnowFlower members and focusing on the ARISE Five Mindfulness Trainings for Pandemic and Racial Justice.

All in-person gatherings are currently suspended. Most all weekly gatherings are now on Zoom. Please subscribe to the SnowFlower list serv to receive links to upcoming meetings. If you can’t find your e-mail for a specific meeting, e-mail questions @snowflower.org for a link to the meeting.